A wealth of birdlife 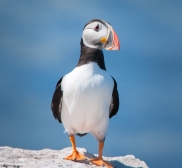 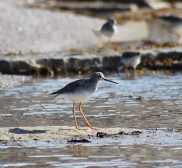 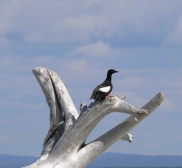 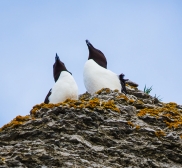 “ZICO des Îles-aux-Perroquets” is the official name of this 20-square-kilometre Important Bird Area (IBA). Boasting world-renowned common tern and Arctic tern populations, this area encompasses not only Île aux Perroquets but also Île de la Maison, Île du Wreck (i.e., both the northern (Caye Noire) and southern islands), as well as the foreshore and marine waters falling within a 2-kilometre radius. This IBA is home to the largest concentration of terns in the Gulf of St. Lawrence.

This IBA is the site of a ring-billed gull colony whose population has quadrupled in the Mingan Archipelago as it has throughout Quebec since the 1970s. It is also home to other colonies of seabirds including the Atlantic puffin, the razorbill, the black guillemot and the black-legged kittiwake.

This birdlife is a fabulous attraction for ecotourism enthusiasts and all those who enjoy bird-watching. However, visitors are strongly advised to watch from a reasonable distance and comply with limits as posted. The survival of nesting birds may be seriously impacted by disturbances. For example, encroaching humans may cause birds to take off so abruptly that their eggs become damaged or are devoured by crows and gulls. Walkers in intertidal zones or land areas are urged to be as mindful as possible of the needs of nesting birds – and the signage used to protect them.